Some projects are labors of love. They are what we do when we have an intrinsic pull to create something, and refusing that feeling leaves us empty. But for the fortunate, some projects are just destined to become main gigs. Such is the case with Chapel Hill mainstays North Elementary. Originally started by John Harrison as a solo outlet while drumming in The Comas, North Elementary began as a way for him to explore his inner space with a hazy eye cast toward the sky. Over the past decade and a half, however, North Elementary has morphed into a triple songwriter machine that mines all aspects of left of the dial indie rock.

The current line-up of Betty Rupp (Guitar/Vox/Keys), Sean Parker (Guitar/Vox), John Harrison (Guitar/Vox), Jimmy Thompson (Bass), and Chad Coward (Drums) coalesced around 2011 while recording the Soft Couch Tremolo EP. What began as another group of friends and musicians coming together to help bring Harrison’s vision to life on wax and the stage eventually became a communal outlet for supporting one another’s musical passions. Since then the quintet has churned out three albums and counting of off kilter, pop sensible, indie rock.

Starting with 2014’s Honcho Poncho, North Elementary started to feature songs penned by Sean Parker and the sound of the band began to delve into other sonic and stylistic territories. The tones on record began to vascillate between between cosmic space rock explorations and melodic punk pop anthems. Fast forward to 2019’s “Lou Takes” and Betty Rupp has stepped from behind the keys and begun to add songs to the mix that combine elements of linear storytelling with ear worm hooks all bolstered by her strong vocal delivery.

The mood of North Elementary is positive, guileless, curious, and celebratory. It’s uncommon for a group of grown ass adults to consistently hold on to those adjectives, ones we associate with the days of our youth, and to espouse them aurally and actively record to record and gig to gig. But that’s just what happens when these five people get together to make music. North Elementary is now old enough to have a driver’s license. Do you remember what that freedom felt like when you first got it? Let em take the wheel and remember. 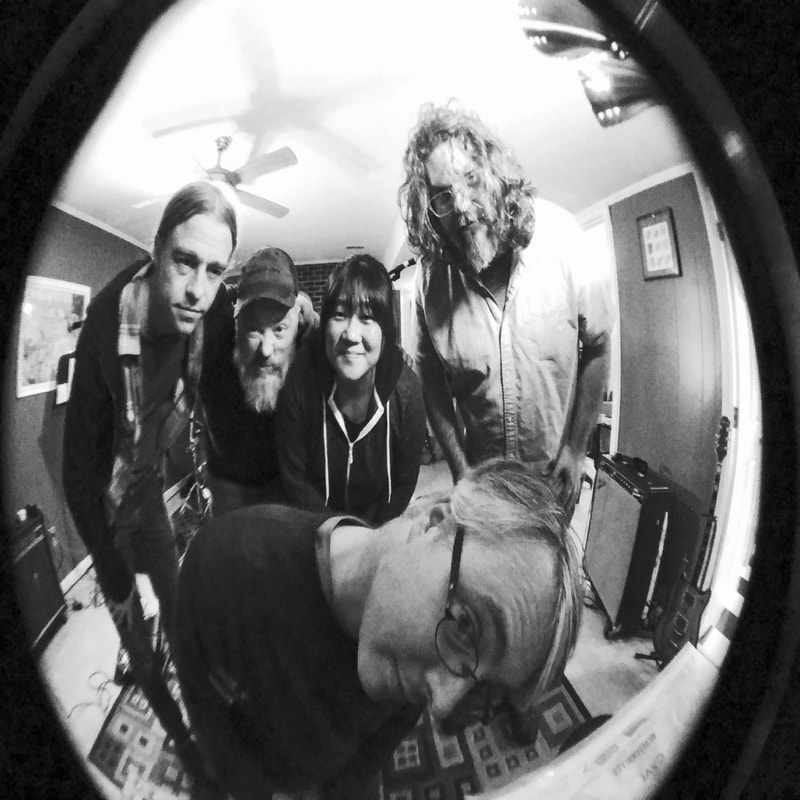